Want to know what the Benu chef cooks his staff for their Thanksgiving dinners? We're not talking turkey. . .

"I remember the first Thanksgiving dinner our family had together in the States," says Corey Lee, the Korean-born head chef at three Michelin star restaurant Benu, in San Francisco. "My father roasted a turkey and my mom served Korean sides. My sisters and I made ricotta stuffed pasta shells. Looking back now, it was a weird menu. But for us at the time, we were engaging in something very American."

Engaging in something American is something that Corey Lee does very well. Even if you haven't been lucky enough to visit yet, you'll probably know that at Benu, Lee creates Asian-inspired American cuisine that has seen him amass a James Beard Award, a host of glowing review and critical acclaim and those all important three Michelin stars. So if you can't visit any time soon you'll be happy to hear that we'll be publishing a book with this exciting chef in the new year, which you can learn more about and pre-order here.

As you might suspect from his host of awards, many of Lee's staff members at Benu have travelled far and wide to work there. So, for the last few years, Corey has hosted a special dinner for those kitchen and front-of-house work colleagues who can't make it home for Thanksgiving - a kind of lonely hearts club for fastidious foodies. 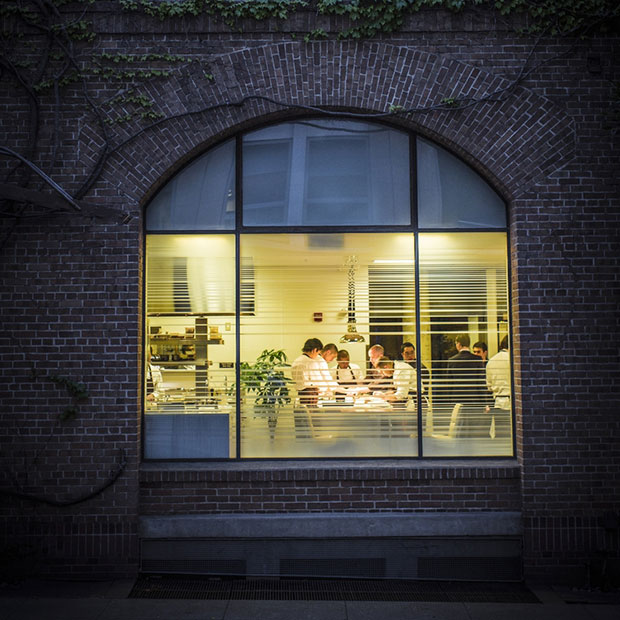 Benu from the street

Corey began throwing his Thanksgiving dinners while still a chef at Thomas Keller's French Laundry. "There were all these young people who who worked in the restaurant who had moved to Napa to work there. They didn't have any family or friends in the area, so I started hosting a Thanksgiving dinner so that everyone had some place to go. That carried over to doing a staff Thanksgiving at Benu, as similarly, most of our staff have moved to San Francisco from elsewhere to work here."

As befits a three star chef pushing American food into previously uncharted territories - the fare on offer is usually a little bit different from what you're hopefully enjoying today. "We have always done it potluck style," says Corey. "So everyone brings a dish. It can be something traditional like green bean casserole or stuffing, but people have also made sushi rolls and empanadas. I guess everyone has their own idea of what is truly American. We have a diverse staff that come from all around the world, and the different kinds of food people bring makes for a pretty eclectic offering. That to me is truly American." 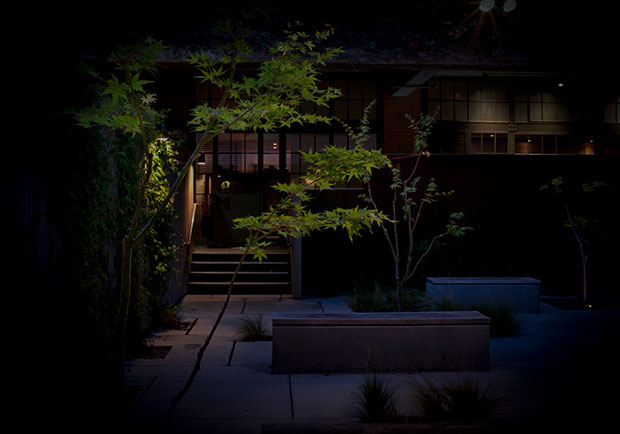 It's also a great bonding exercise for the kind of people who work in super high pressure environments where minds are focused on the task at hand rather than the diversions on offer in less frenetic, Dunder Mifflin-style work environments. "I think it's important for staff to be able to spend time together outside of normal hours," Corey says. "Working in a restaurant is very fast-paced and demanding, and it's good for people to interact outside of that context." That said, for Corey this Thanksgiving things are a little different.

"This year, our staff all seem to have a place to go so we're forgoing the tradition," he says. "So I'm having a quiet Thanksgiving with my sister's family." We hope you also have a good one, wherever you are in the world. Benu will be available to buy in the new year. You can take a look at it and pre-order here.