Summer Reads: You’ve been dieting all wrong, according to this eminent New York Doctor

Gary Deng once felt like he was putting out fires, surrounded by piles of kindling. Now he’s set out a safe, simple way we can all eat more healthily

Rather than wondering whether you're beach body ready this summer, maybe there's something else you should ask yourself. This could be the one question that Gary Deng has been asked thousands of times over the past twenty years: “what should I eat?”

In Deng's case, this is no idle enquiry, raised while reading the menus at a restaurant. Dr Deng is the Medical Director of Integrative Medicine at the Memorial Sloan Kettering Cancer Center in New York, where he has pioneered a program which focuses on a holistic approach to health. Often, those asking this question of Dr Deng aren’t looking for weekend recipe tips; more usually, they’re the doctor’s patients, and in poor health. Deng has advice for them, but he also believes that this is the sort of thing all of us should consider, prior to crossing the threshold of his, or any other hospital.

“To me, this question should be asked before one gets sick,” he writes in his new book, The Wellness Principles: Cooking for a Healthy Life, “because proper nutrition strengthens the body and can prevent many diseases. In fact, the most common illnesses in modern society—such as cardiovascular disease, diabetes, and cancers—can be related to our behaviours and lifestyle, including what and how we eat. There are a lot of things in life that we cannot change, but we can change our diet and lifestyle if we make a conscious effort. And such changes should happen as early as possible, but it’s never too late.” 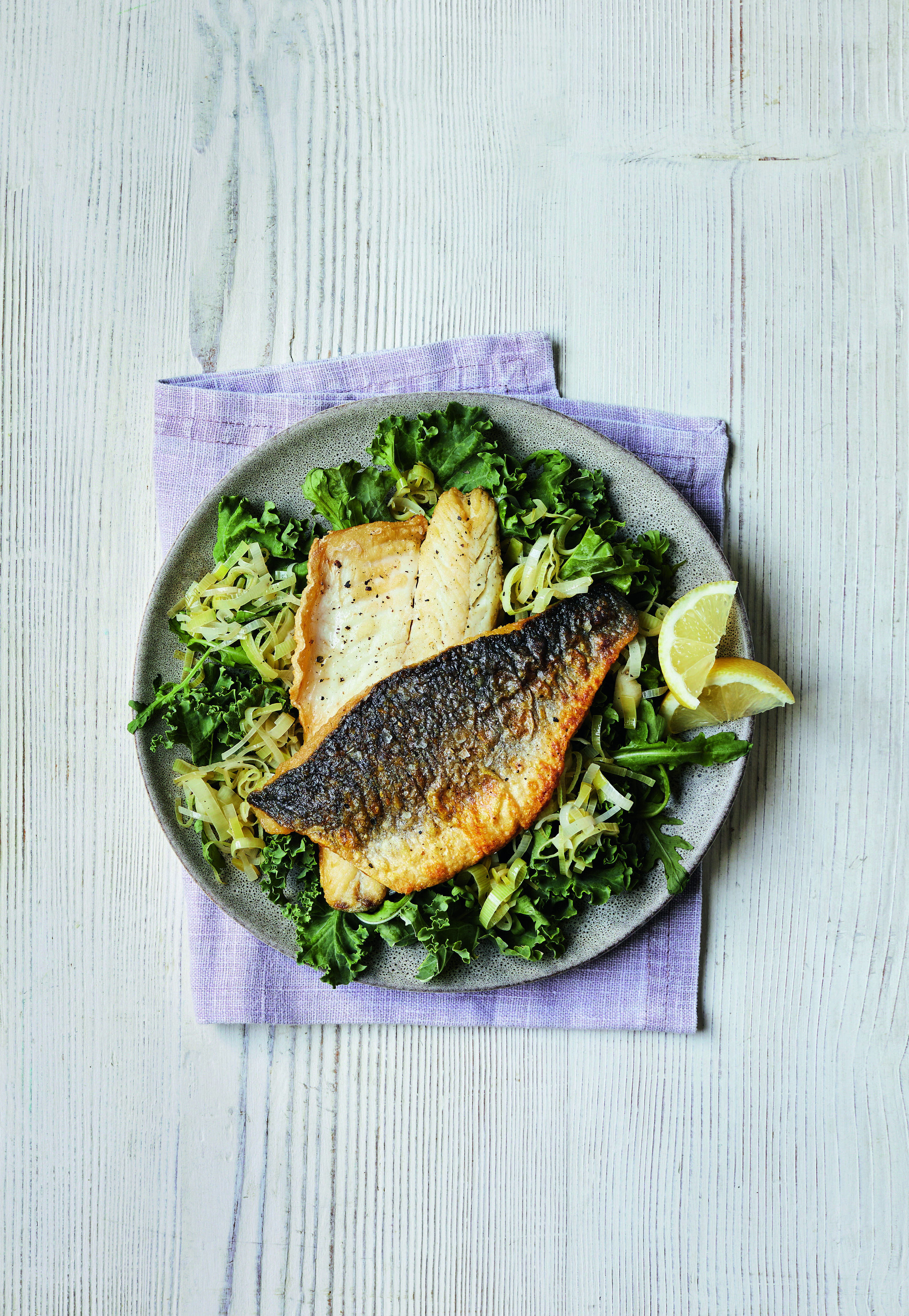 Today, a diet means two things. Its first meaning is simply the food that we eat; the second is planned, and often a temporary food and drink regime, which we adopt for a few months, commonly to lose weight. Dr Deng understands the distinction, but hopes we can close the gap between that temporary application of dietary restrictions to get beach-body ready, and a longer-term approach to dietary make-up and wellness.

“Some dietary advice is so strict that it is almost impossible to follow long term,” he writes. “If you can’t follow a diet long term, you can’t reap the long-term benefits. For example, cutting out red meat or sugar completely can be nearly impossible for some people, and they give up or feel guilty every time they eat a steak or ice cream. However, occasional splurges are fine because the effect of diet on the body is long term and cumulative, based on average exposure to the foods over years, if not decades. Biological effects are dose-dependent; it is what you eat regularly that matters. We want to enjoy our food, as well as eat healthy.”

Partial, short-term diets aren’t only common among those keen to squeeze back into last summer’s swimsuit. They’re also followed by patients facing serious illnesses. However, just as summer’s dieters may well revert back to burgers and fries in the fall, so the sick also return to bad habits, once the worst outcomes have been temporarily avoided. 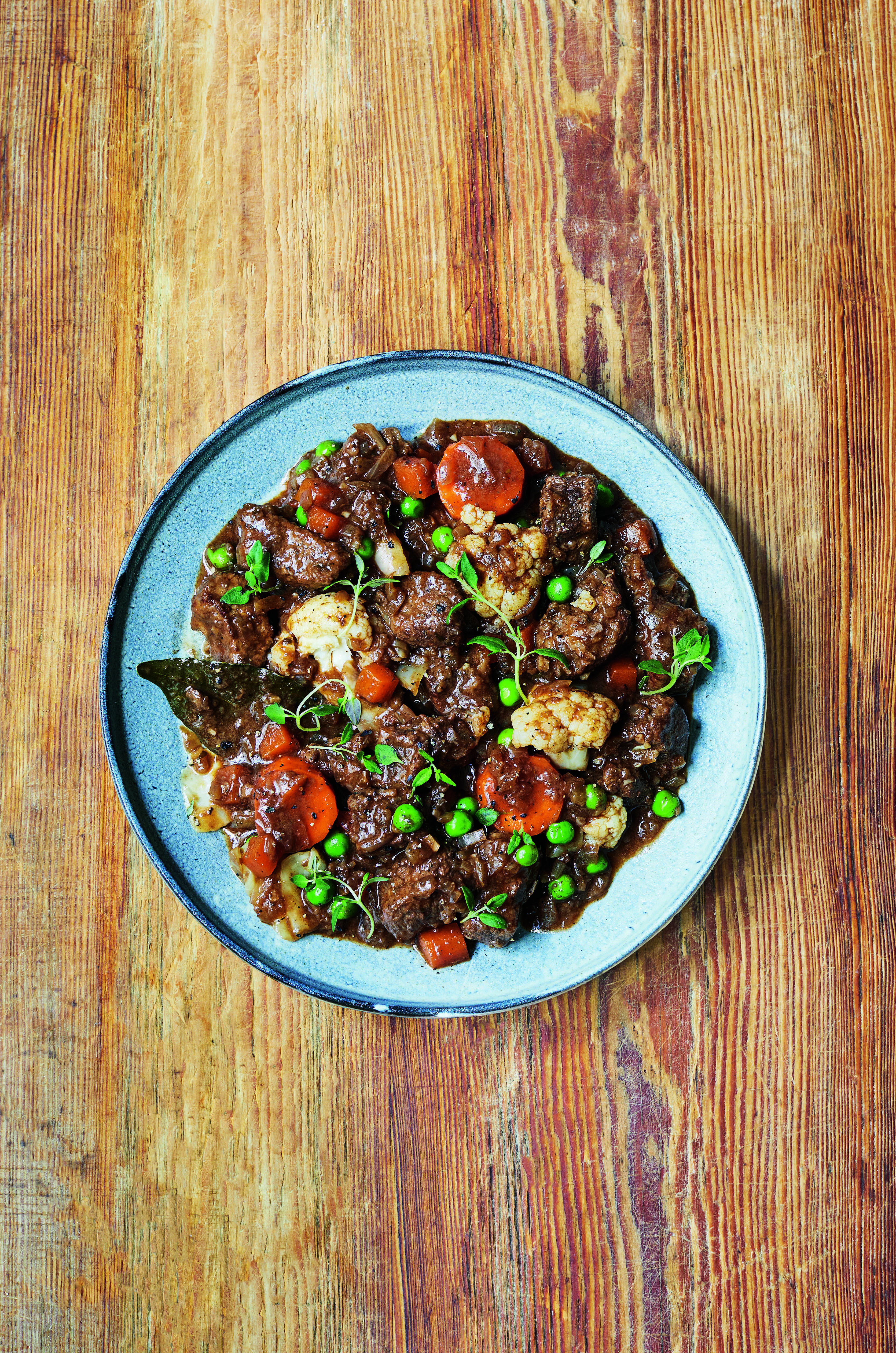 “In the early part of my medical career, I was frustrated to see how we could treat patients with a chronic medical problem, make them better, and discharge them from the hospital, only to have them readmitted for the same problem not long afterward,” says Dr Deng. “For example, there were patients admitted for lung illness requiring respiratory support, yet they continued to smoke after their release and fell ill again soon after. There were patients admitted for a heart attack, had coronary artery stents put in, yet continued to eat buttery steaks and French fries regularly, then had another cardiac event. I felt as if we were often putting out fires, temporarily tidying up a cluttered house that still had tinder and burning candles everywhere.” The diet that Dr Deng recommends we all follow long term isn’t wild or revolutionary. He says that there is consensus within the medical and wider scientific world that the common factor within all healthy diets is emphasis on foods mainly made of plants.

And by plant, Dr Deng means vegetables, fruits, legumes, nuts, seeds, and grains. “Plant-based means that the majority of what we eat comes from plant products,” he states. “It can be but doesn’t have to be vegan (no animal products at all) or vegetarian (egg and dairy products allowed)—both of these diets are very healthy but may not be easy to follow or are impractical for a lot of people. 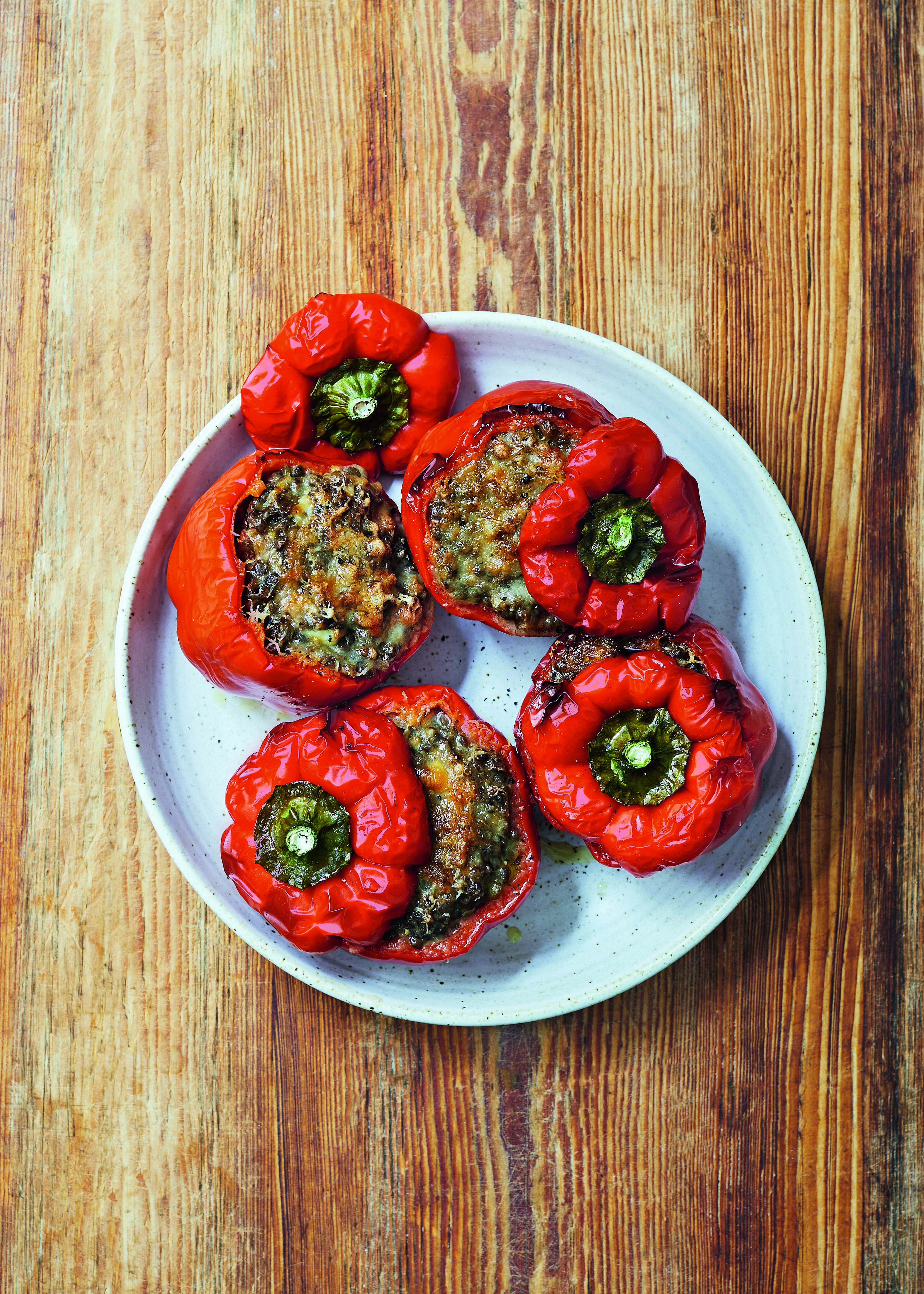 Sounds pretty simple, right? However, there is one further, less easily defined element to Dr Deng’s diet: mindfulness. “Mindful eating means you are fully present in the moment,” he says. “Your mind is with the food and the eating experience, not somewhere else—like the things you need to do that afternoon or what you wish you hadn’t done yesterday. You shouldn’t be eating while watching TV, reading, or emailing, even when alone.” More practically, this means truly considering whether the food you’re eating is good for you – “The bottom line: Is this food making me healthier or less healthy?” – really engaging with the experience of eating – “Before you put it in your mouth, smell it; try to discern the complexity of the fragrance and appreciate it; after putting it in your mouth, chew slowly, ten times or more”– and being aware of how your body feels when you eat – “If you eat too quickly, the stomach may be full yet the brain still tells the body to eat more, because the nutrients haven’t been absorbed and sent to the brain to tell you that you’ve had enough—and you end up overeating.” 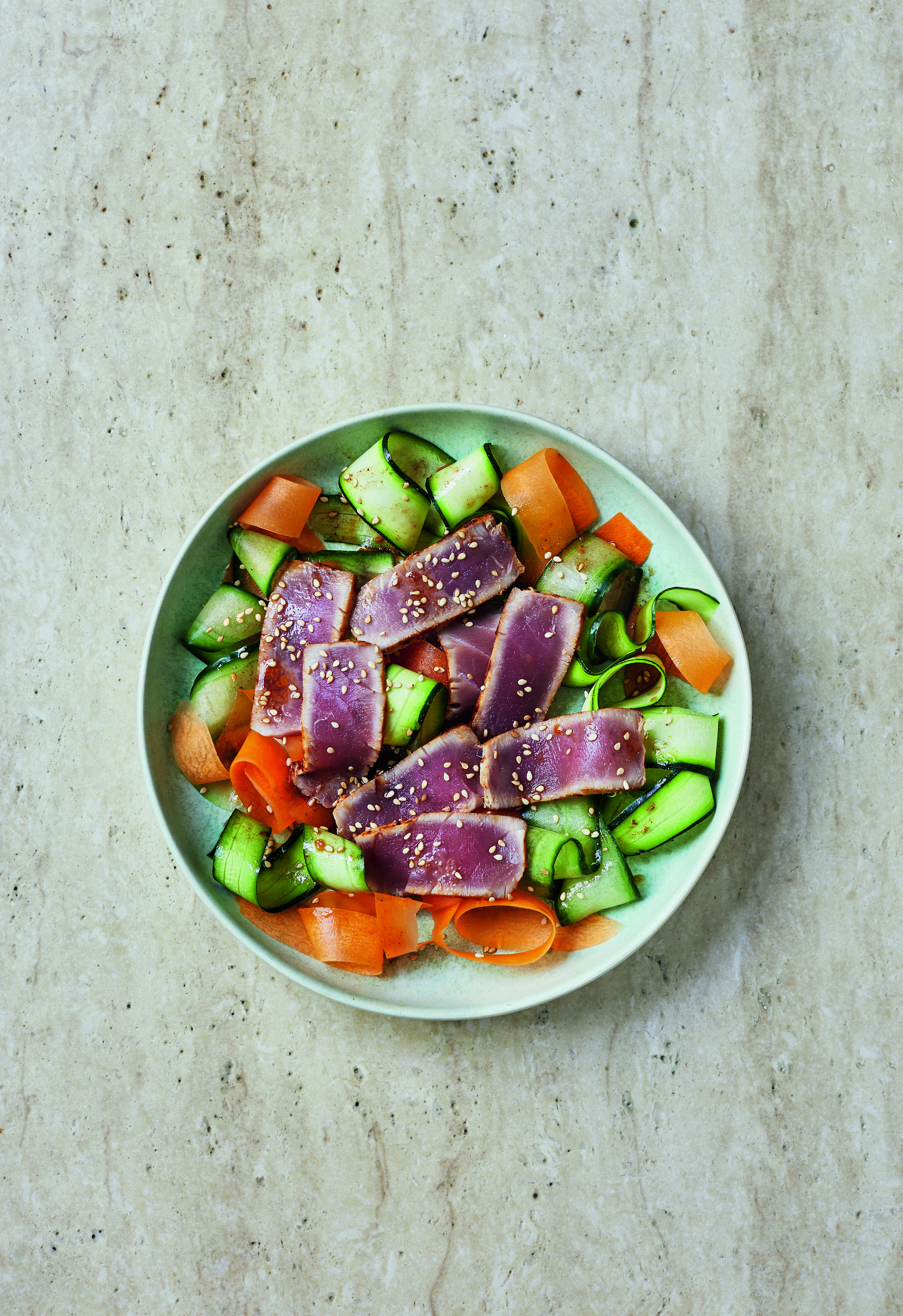 Of course, there will be meal times when you really can’t focus in this way. Don’t worry about that, says Dr Deng; just make sure you chew over the idea of mindful eating. “This deliberate process may initially appear too elaborate, but after practising it for a while, it will become an easy habit,” he writes. “You will see you are eating healthier and extracting the most out of the foods you consume, both in nutrients and enjoyment.” 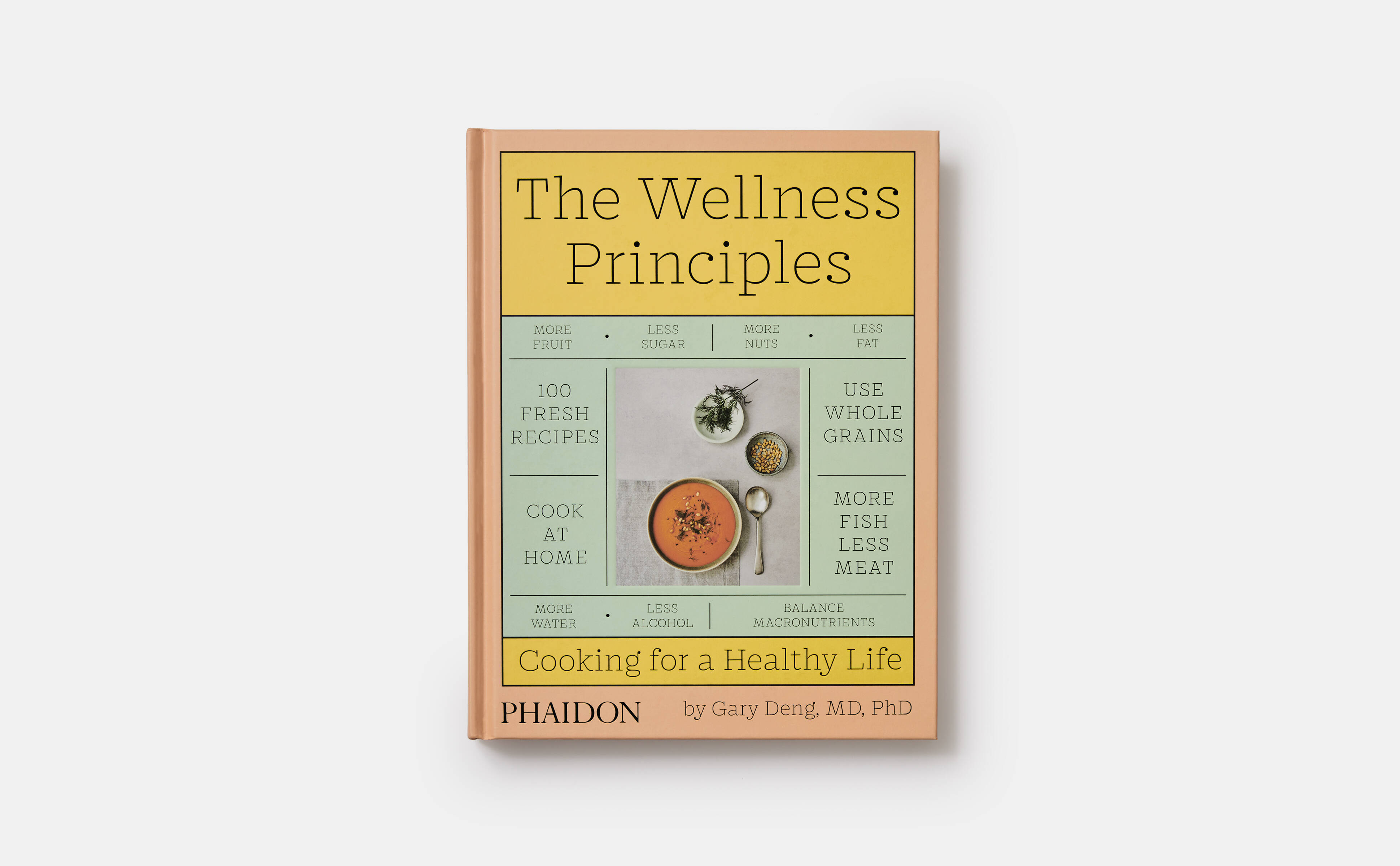 And who knows? Dr Deng may even feel as if he has fewer fires to put out from now on. To sample much more of his advice, as well as recipes for breakfast, lunch and dinner, and plenty more, order a copy of The Wellness Principles here.

As featured in The Washington Post, Prevention, and MindBodyGreen

From a world-renowned and beloved doctor, an accessible guide with 100 delicious tried-and-tested recipes for healthy living - to eat well, live well, and stay well

For the first time, Gary Deng MD, PhD presents to a general readership his unique, highly respected wellness approach, which is supported by scientific evidence and beloved by his patients.

Taking into account his learnings after years in clinical medicine at the world's premier cancer center, combined with his passion for nourishing home cooking, Deng's authoritative guide to balanced and mindful eating and living includes both 100 recipes and expert advice beyond the plate.

It incorporates traditional and holistic medical philosophies as the path towards optimal health and is the ideal book for anyone who wants to eat healthier, enjoy fresh ingredients, be guided to a more holistic lifestyle, maintain health, or look for the ideal nutritional path to wellness.

Gary Deng, MD, PhD, is the Medical Director of Integrative Medicine at the prestigious Memorial Sloan Kettering Cancer Center in New York, where he has pioneered a program to focus on a holistic approach to health. He integrates an evidence-based medical and scientific approach with both Eastern and Western philosophies of self-care, and at the core of his mission is nutrition and understanding what we should eat, how, and why.

'Dr. Deng has melded his up-to-date knowledge of nutrition with his passion for cooking. The result is a wealth of amazing recipes that will make anyone hungry.' - Dr. Walter Willett, Harvard T. H. Chan School of Public Health, Harvard University

'In The Wellness Principles, we experience a rare opportunity to go inside the home kitchen of world-renowned cancer expert Gary Deng. Don't miss his invaluable, personal guidance on exactly what to eat (and what to avoid) in order to live well — and stay well.' - Dr. Mark Hyman, Pritzker Foundation Chair in Functional Medicine, Cleveland Clinic Lerner College of Medicine & Founder and Director, The UltraWellness Center

'Forget the weird fad diets and pick up this book.' - RoundGlass Living

More on Summer Reads: You’ve been dieting all wrong, according to this eminent New York Doctor

Got a weakness for desserts? Then try these pots of Wellness

Hungry for Red meat? Try these prime cuts of Wellness

Love chocolate, but like to be healthy? Enjoy it with a little Wellness

Love burgers a little too much? Try these tasty patties of Wellness

Overdone the ice cream? Try these sweet scoops of Wellness

Try working this one Wellness Principle into your diet

Try this Wellness Principle next time you fry

Try this Wellness Principle on the days you're in the office

Try this Wellness Principle at breakfast 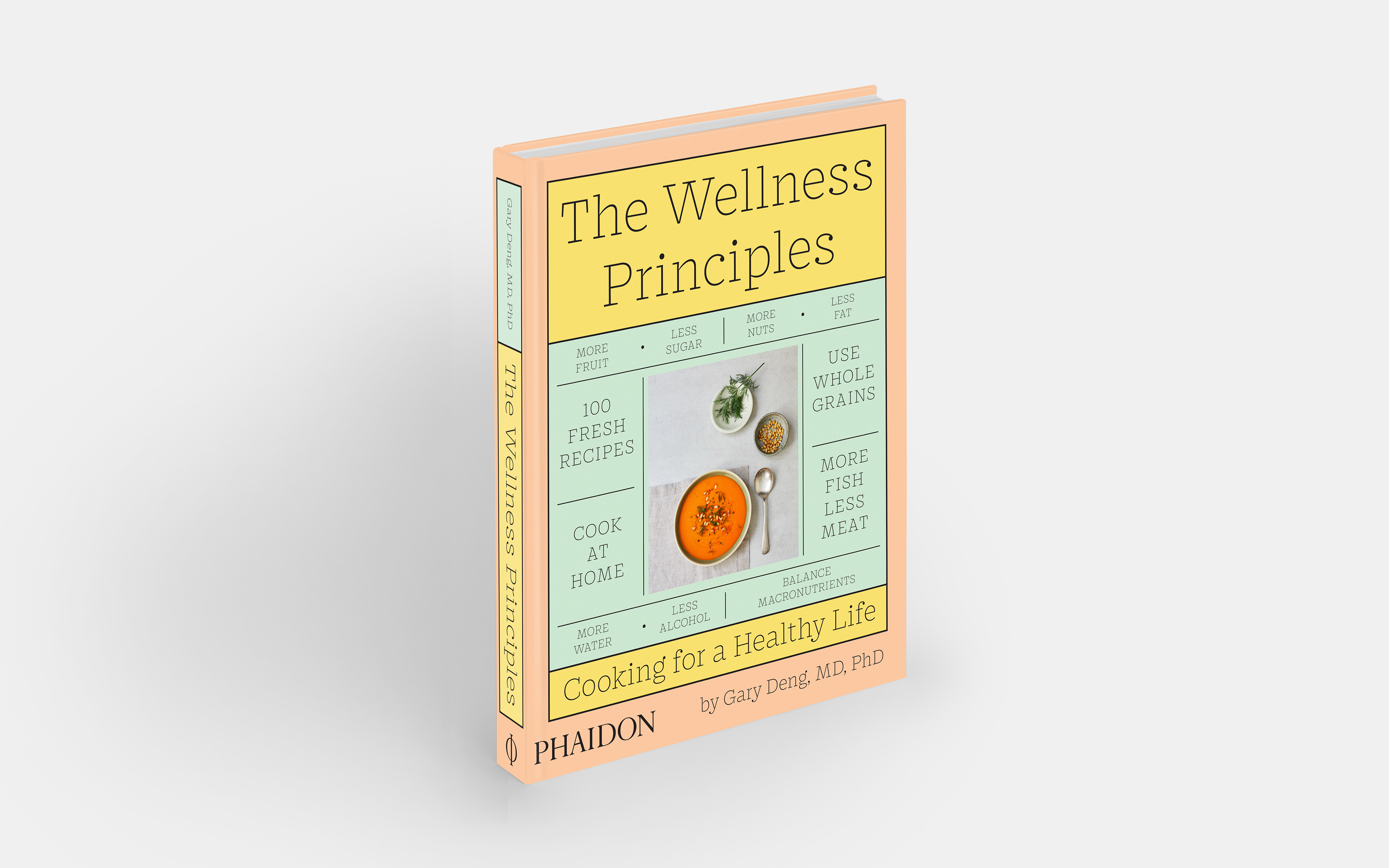 All you need to know about The Wellness Principles