The German artist likes to get creative with eggs. Here’s how he does it, and how you can do it too

No one thinks of the German artist Thomas Demand as a simple illustrator. Indeed, our book Open Studio characterises him as “a self-described conceptual artist.”

“He has become internationally famous for making life-size paper and cardboard sculptures that are reconstructions from photographs of actual spaces, like Jackson Pollock’s studio or the hotel room where L. Ron Hubbard stayed while writing Dianetics,” the book reveals. “He will spend months building these models, and then uses a large format camera to photograph the space, a critical step of commemoration because Thomas destroys the models after he shoots them.”

However, Demand has other creative outlets, one of which he shared with Open Studio's authors, Sharon Coplan Hurowitz and Amanda Benchley. Their book invites readers into the private studios of seventeen of the most celebrated contemporary artists as they draw, paint, sculpt, or design an original project for readers to recreate at home. There are contributions from Sarah Sze, John Currin, George Condo and Rashid Johnson, among many others. 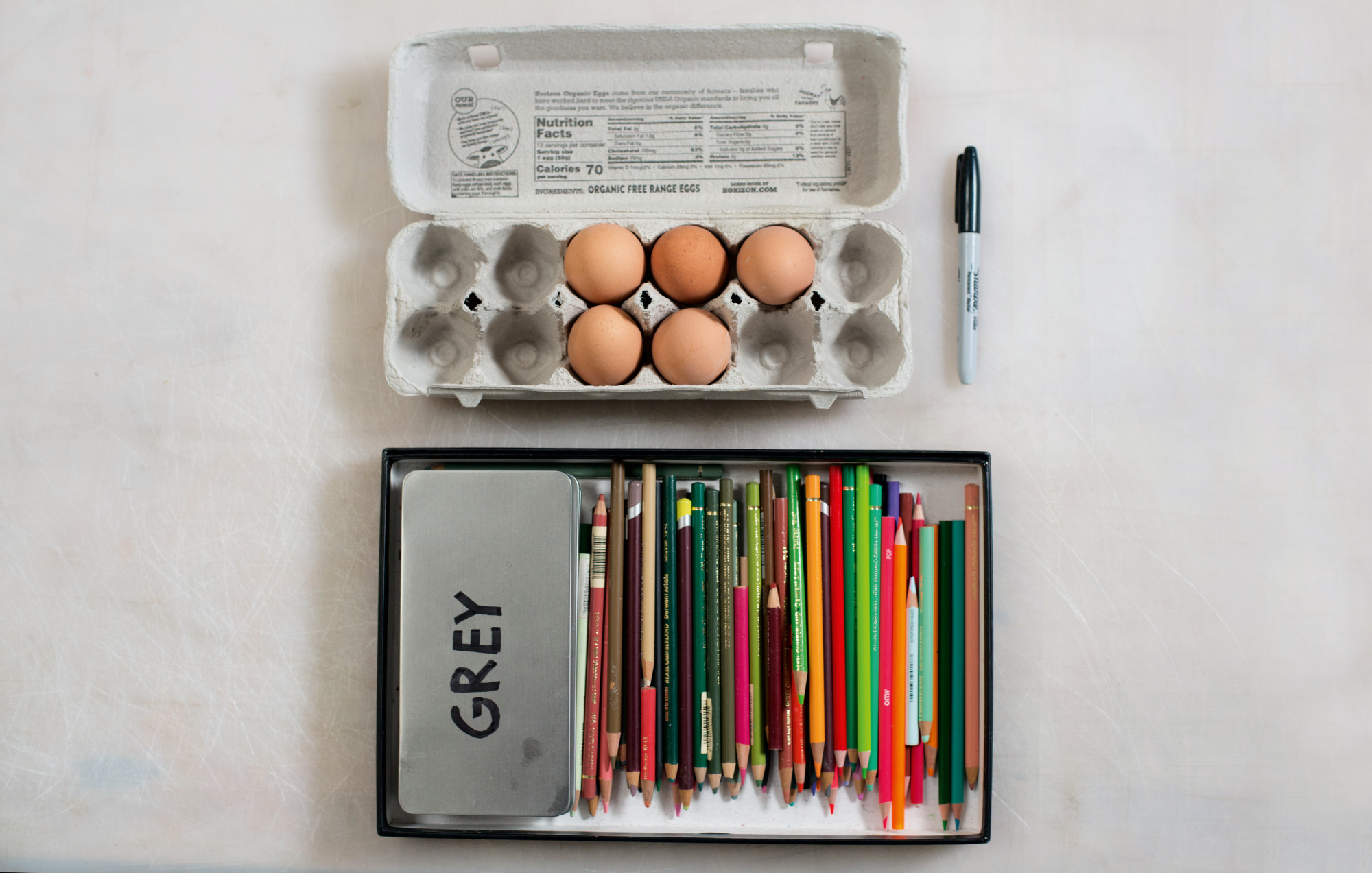 Demand’s project, Breakfast Drawings, is perfect for Easter, though the artist has recreated it during the first meal of the day with his son. “For Open Studio  the artist shares a game he plays when his son doesn’t want to eat breakfast: drawing sophisticated yet kid-friendly scenes on hard-boiled eggs to use as the basis for a story and to entice eating,” explains our book. “Outlining the figure of a perfectly proportioned dinosaur with a black Sharpie pen, he advises that you always have to keep the dimensions in mind, be it on an egg or for one of his large-scale models.”

Here’s the full exercise, from the book. You’ll need organic brown eggs; a black permanent marker (medium tip); coloured pencils; (and some unexpected ideas). First cook the eggs in the shells until hard boiled. Refrigerate, then bring to room temperature before using to avoid condensation forming on the shell.

For the first egg, decide what image you want to draw. Use your imagination and sense of play to guide you. Draw  the outlines with a permanent marker. Consider the entire surface of the egg, rotating it to wrap the image around. Add details: Thomas drew a dinosaur, including sharp teeth, spinal scales, and a menacing eye. With colored pencils, start to fill in the image. Thomas made it red, his son’s favorite color. 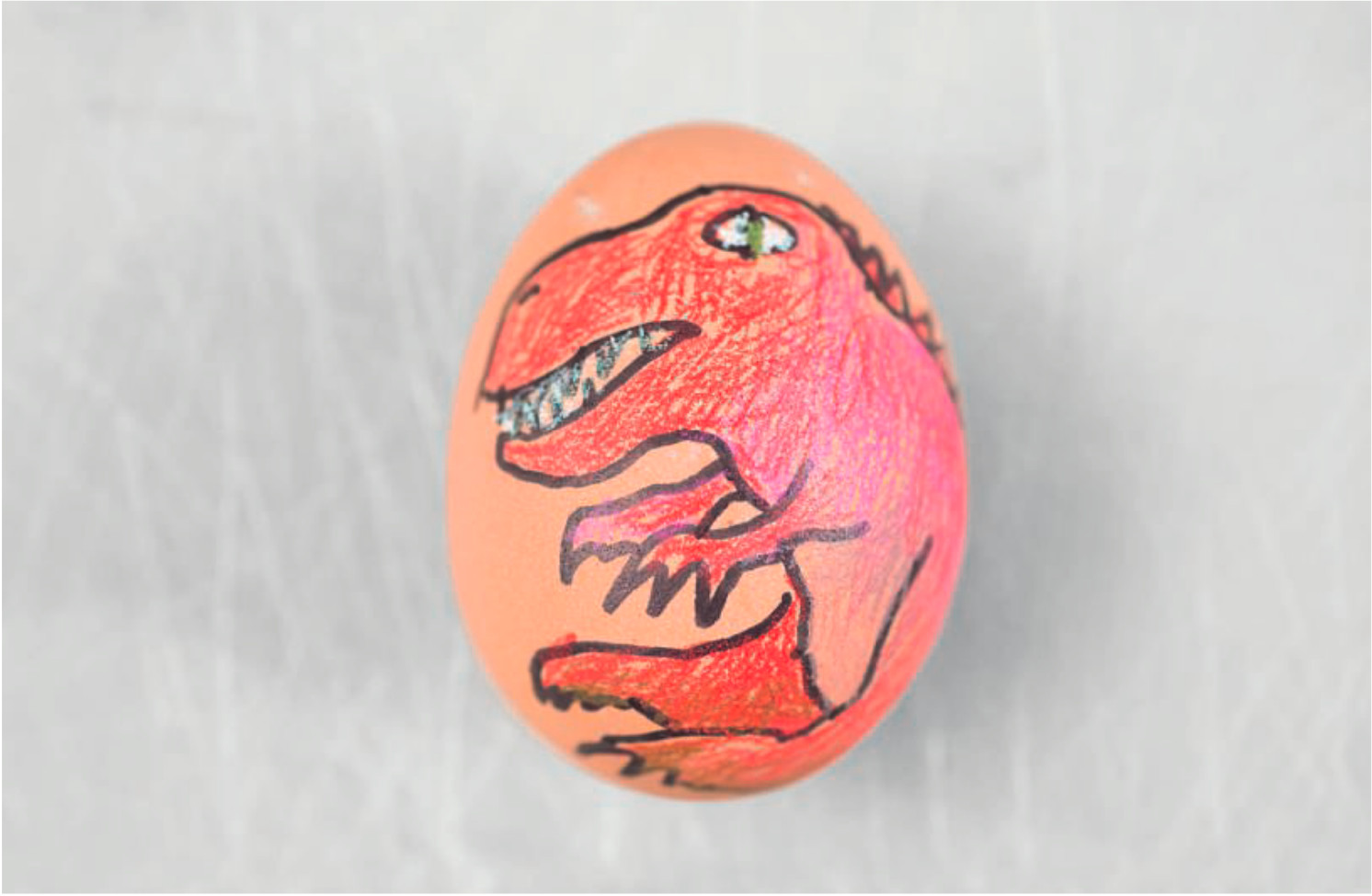 Imagine a scenario for your second image. Thomas usually has a storyline in his head for his image. “You should picture the world as you want it, not as it comes,” he says, as he accounts for his drawing of a shark driving a car. He draws directly on the egg, without test sketches, and eyeballs the proportions, noting, “your eye knows when it is wrong.” Fill in the drawing with colored pencils, adding shade and texture. 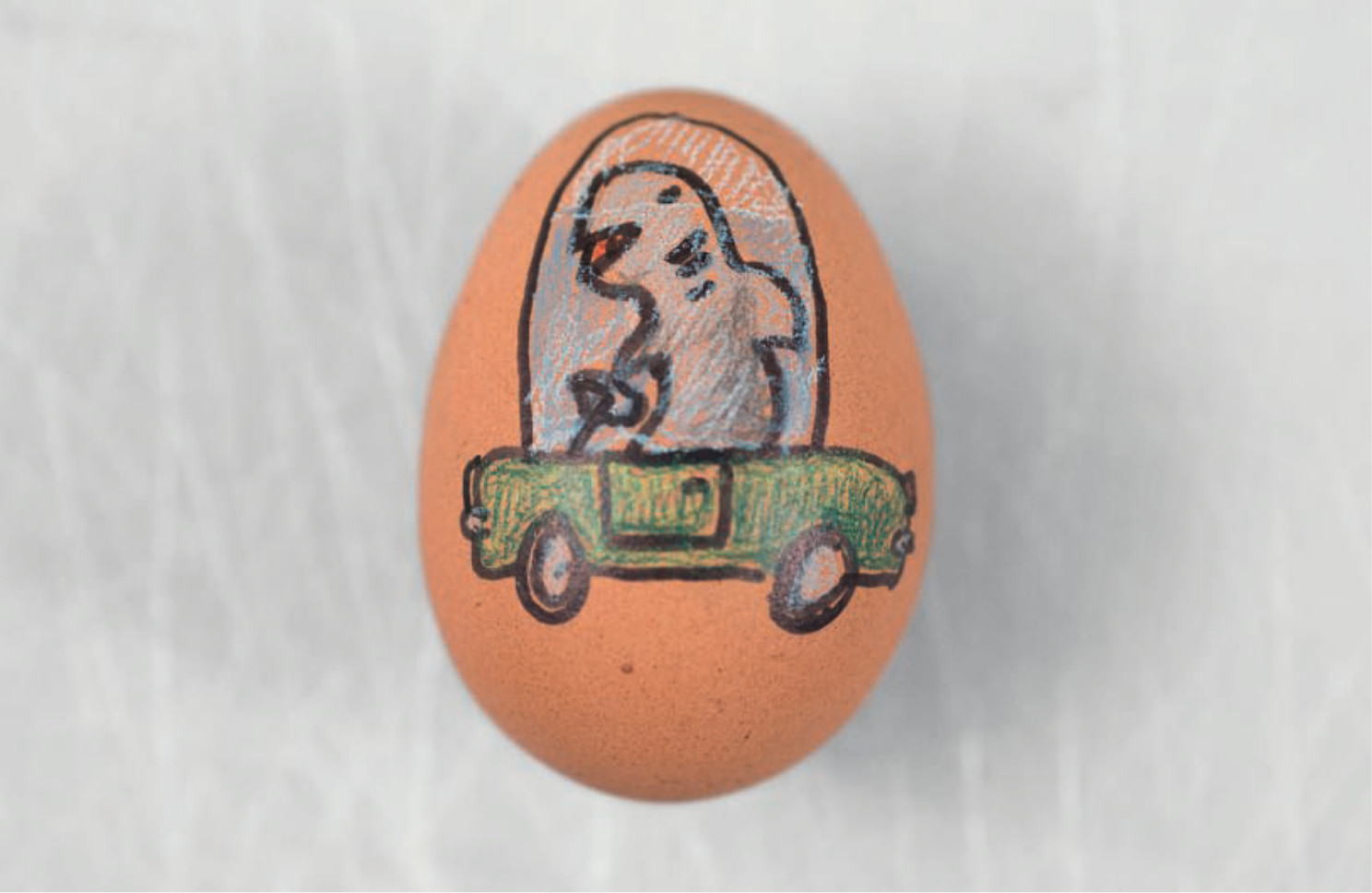 For the third egg, consider asking friends or family for suggestions of what to draw. Let collaboration lead to a creative idea. Thomas drew a house. He let his audience decide the color palette and the details of the apple tree and picket fence. He says, “very often the imagination of the place is much better than  the real thing” and that “drawing is good for thinking with your hands.” 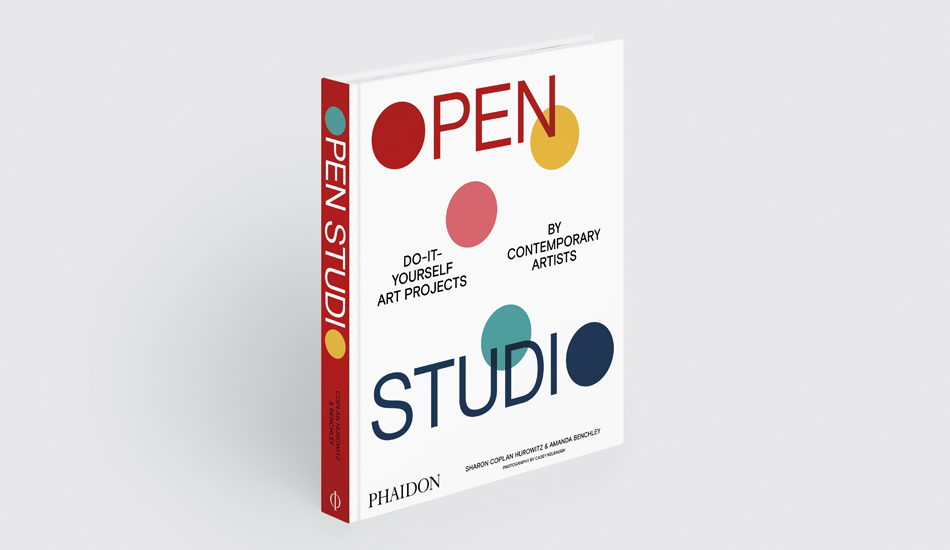 To get the full guide to this exercise, including step-by-step images, get a copy of Open Studio here.

A behind-the-scenes look at leading contemporary artists at work in their studios, with original art projects to recreate at home

Open Studio invites you into the private studios of seventeen of the most celebrated contemporary artists as they draw, paint, sculpt, or design an original project for readers to recreate at home. Join George Condo as he creates a paint-by-numbers portrait, William Wegman as he watercolors whimsical scenes of his beloved Weimaraners, and Mickalene Thomas as she makes an artist's book out of collage.

Open Studio demystifies the studio practice through fun, accessible, D.I.Y. projects. The book provides a suggested list of supplies, illustrated step-by-step instructions, pull-out templates and stencils, and essential elements - no special skills or previous art experience required! The result is sure to inspire kids and adults alike to blaze their own creative trails.

Each entry also includes a brief profile of the artist, exploring how they came to love art, their unique creative methodologies, and the sources of their inspiration, along with original photography of the artists in their studios.

Amanda Benchley is a freelance filmmaker and journalist and the co-author of Artists Living with Art. She has worked at The Metropolitan Museum of Art and Sotheby's, and has written for the Wall Street Journal, Huffington Post, and New York Observer.

Sharon Coplan Hurowitz is an independent curator, art advisor, and print publisher, author of John Baldessari: A Catalogue Raisonné of Prints and Multiples and a contributor to Letters to Ellsworth.

Casey Kelbaugh is a freelance photographer and the founder of arts-based nonprofit, Slideluck. His clients include Sotheby’s, MoMA, Art Basel and the Dia Art Foundation and he has chronicled the art world for The New York Times, ARTnews and Frieze Magazine.

"Offers step-by-step instructions for DIY projects you can make with things you may already have around the house." —Harper's Bazaar

"Open Studio shows that getting creative is easy—especially when you can take cues from world-class artists." —Bookpage

"Finding a starting point can sometimes be the hardest part of making art. Open Studio, a new book published by Phaidon, aims to help out." —ARTnews

"The paradox of an art project that's too precious to complete inspired Hurowitz to dream up a book of aproachable DIY art projects. The spirit of collaboration is an underlying theme throughout the book; the reader becomes a late collaborator with each artist." —WWD

"Open Studio brings some of contemporary art’s most luminary figures into the realm of the real—and straight to our kitchen tables. The activities presented by the artists in Open Studio offer refreshing departures from the established art world script." —W Magazine

"This is one of those rare things both adults and children will enjoy." —Air Mail

"A book that appeals to the primal urge for creation, at any stage of life." —Wallpaper*

"What goes on in the studios of The Haas Brothers, KAWS, Marina Abramović and John Currin? Open Studio captures these creative forces in the act of making an original project designed for readers to recreate at home." —The Financial Times - How to Spend It