The artist's thoughts on peers and forebears, from Fra Angelico to Georges Seurat, Peter Doig and Francis Bacon

If you haven’t had a chance to take a look at the new Alex Katz show at the Serpentine in London, you really should. As the artist himself says in our interview, it could well be one of his best.

Meanwhile, if you’d like a little more insight into the artist who has influenced the 88-year-old artist, and perhaps a few who have felt his influence, read this exclusive extract from our newly updated Alex Katz book, wherein the artist offers his take on a wide range of painters, from the Middle Ages up to the present day. Here's other great artists in Alex's words...

__Fra Angelico__  "Angelico can really paint. The one at Harvard Art Museums (Christ on the Cross, the Virgin, Saint John the Evangelist, and Cardinal Torquemada, c. 1446) stops time. His reds live forever. His frescoes in Florence have a beautiful touch and are elegant and natural. I’d love to spend an evening with him, as opposed to Van Gogh, Caravaggio, Max Beckmann, etc." 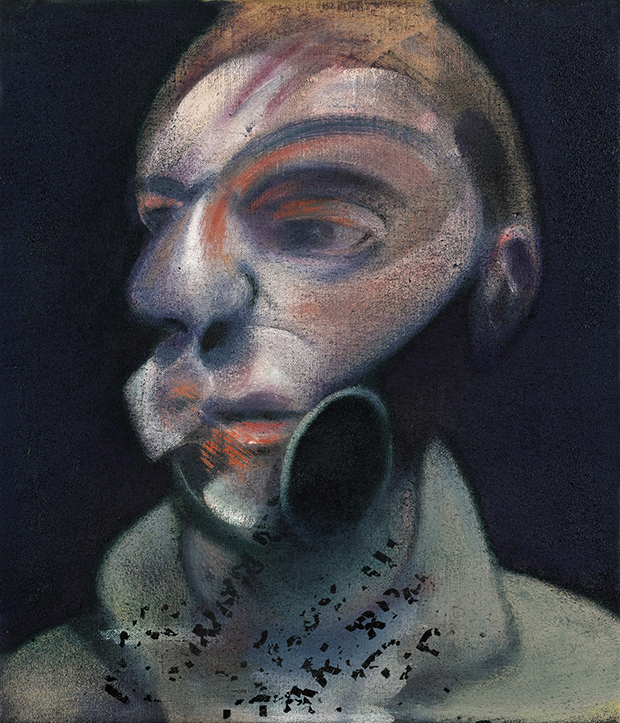 Self portrait (1975) by Francis Bacon

Francis Bacon "Bacon’s early 1950s paintings are dynamite. His adoption of media images was new and had real high energy styling that opened up new areas to a lot of artists. His sense of scale, paint form and colour are all highly developed. The subject matter is engaging. As he aged, the large paintings became similar to Joshua Reynolds: imperial and grand, perfect for museums. However, the portraits are contemplative and have real substance." 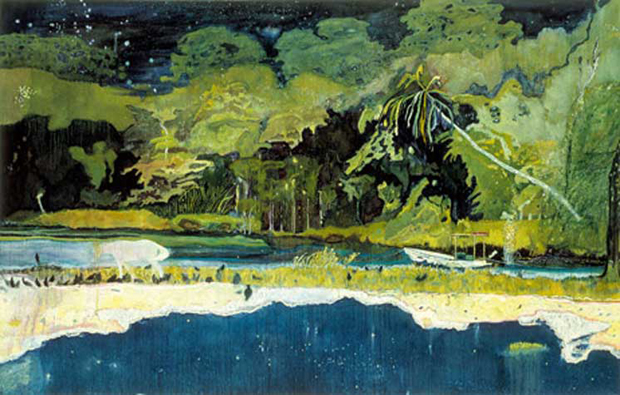 Peter Doig "What I admire most about Doig’s work is his relaxed way of presenting engaging images. Previously, his technique wasn’t up to his images, but it didn’t matter. The power and invention of the images make real art. Since he moved to distemper, the technique and image have become one. He’s one of the strongest artists working in our global world."

Georges Seurat "The drawings show at the Museum of Modern Art of 2007–8 was perhaps the most enjoyable drawing show I’ve experienced. The figures are enveloped in real light but retain substance. He treats all people with love. There are no social favourites. I can’t think of any artist who does this. I love his large paintings for their ambition and for their sympathy with the people he depicts. A Sunday on Grand Jatte (1884) in the Art Institute of Chicago was a disappointment. It is original and has great energy in styling, but it’s dry. The sketches are more complete as paintings." 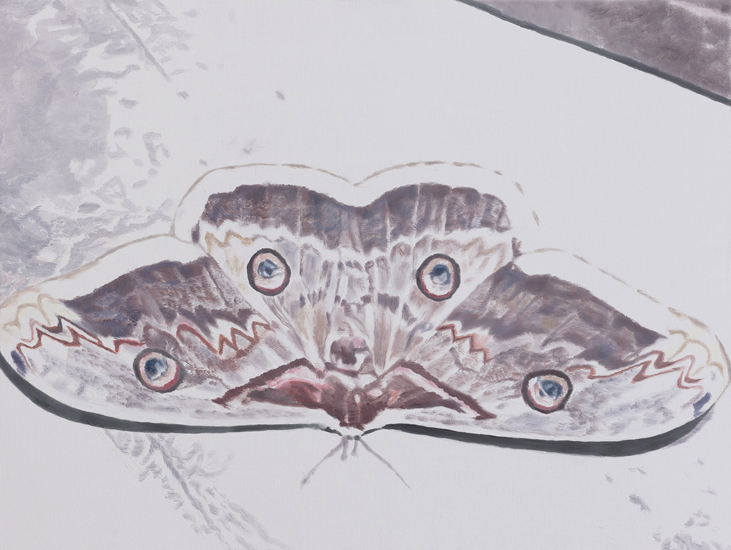 Luc Tuymans "There’s enough art for the subject matter not to get in the way. The images communicate, but they’re always contained. Tuymans has a highly developed sense of image, a strong painting technique, and good relationship of colour and tone. He had a show in alarge room in the Hamburger Bahnhof Museum in Berlin in 2001. It was amazing how the small paintings controlled the enormous space."

Antoine Watteau "In The Embarkation for Cythera (1721), the man is pulling the woman to him. She manages to say no and yes at the same time. His gestures between people and by people alone are complicated. In Gilles (c. 1718–19) at the Louvre, the Pierrot figure stands alone, contacting the audience. He’s about to perform. The image is powerful, yet the man is fragile in time, as performers are ephemeral and eternal – like a flower. Mezzetin (c. 1718–20) at the Metropolitan Museum, a man playing a guitar, does the same thing but in a more lyric manner. Enormous skill and refinement separate Watteau from merely good painters." 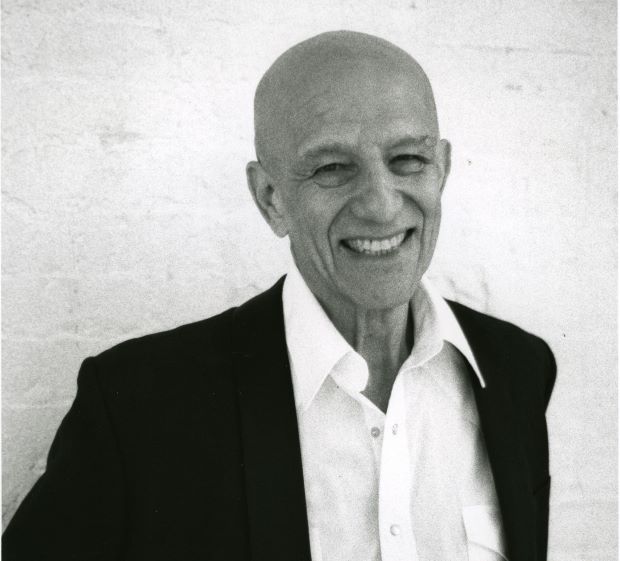 To read more of Alex’s thoughts on well-known arists, as well as plenty more besides, order a copy of our Alex Katz monograph here; for more on the artists he mentioned consider our books on Luc Tuymans, Peter Doig, Francis Bacon, and Fra Angelico.

Alex Katz first emerged on the New York art scene during the heyday of Abstract Expressionism and before the birth of Pop art, but always worked independently of these movements. Katz is best known for his distinctive portraits of sophisticated, irresistible women, masterfully painted using precise, broad areas of colour. Alongside these unmistakably ‘Katzian’ female portraits are pictures of men, groups, landscapes and interiors, rendered in paint on canvas or metal cut-outs as well as drawing and collage. All attest to the artist’s attention to detail, economy of means and consummate technique.

Larger-than-life paintings such as The Black Dress (1960), Blue Umbrella (1972), Red Coat (1982) and White Visor (2003) have entered the collective consciousness as the epitome of a particular, late twentieth-century feminine ideal. A major touring retrospective was organized by New York’s Whitney Museum of American Art in 1986, and Katz has exhibited widely all over the world. His works are in the collections of The Museum of Modern Art, New York; Tate, London; the Musée National d’Art Moderne, Paris; and the Nationalgalerie, Berlin, among many others.

A leading world expert on Katz, distinguished New York art critic Carter Ratcliff writes the definitive, comprehensive Survey, following Katz’s work from the 1950s to the present. In the Interview New York-based curator and critic Robert Storr discusses in detail with the artist his practice and technique in the context of a changing art world. Curator Iwona Blazwick enters in her Focus the silent world of Sylvia (1962-63), a classic Katz portrait that resonates with the urban landscape occupied by both artist and sitter. For Artist’s Choice Katz has selected nine works by New York School Poets, all of whom share a particular, often personal connection to his work. Artist’s Writings range from an early text from 1959 on Katz’s dislike of the term ‘academy’ to a recent text that reflects on his beginnings as an artist. Key interviews with some of the of the twentieth century’s most prestigious art figures – including critic David Sylvester and artists Francesco Clemente, Jane Freilicher and Richard Prince – are also included. Specifications: